Based on Article 21 of the Law on Spatial and Urban Planning (Official Gazette of the Republic of Macedonia no. adopts the following:

The citizens and legal entities on the territory of the Municipality of Delchevo are informed that the following is announced: 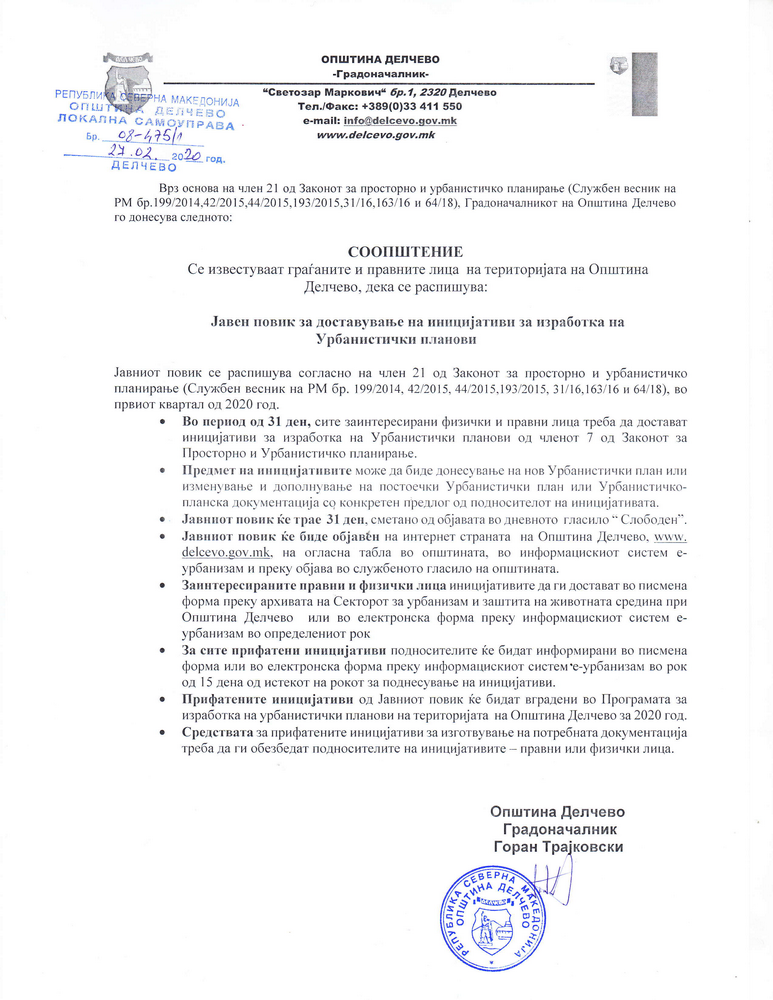