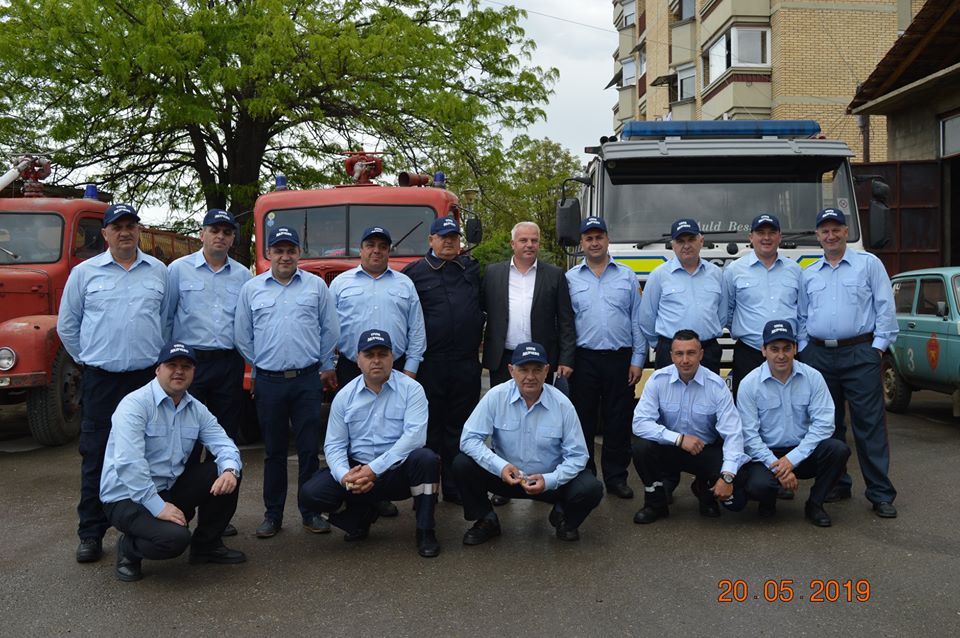 With the decentralization, the TFEU became the responsibility of the municipalities. The territorial fire department in Delcevo acts on the territory of the Municipality of Delcevo, but also in the neighboring municipalities as needed. The total number of employees is 16 firefighters-rescuers.

On the occasion of Firefighters' Day, May 20, 2019,a period of almost two decades, firefighters from Delchev received new protection equipment which adds to their professionalism and efficiency an important moment for their personal protection when dealing with a fire storm.  The equipment was purchased in cooperation with the Brigade of the City of Skopje and Delcevski firms.

The past two years have also invested in the modernization and improvement of conditions and accommodation facilities for firefighters.

Otherwise, firefighting in Delchevo writes history of 7– decade of operation. Q.voluntary firefighting association is founded by Delchev Ilija Damjanov Krstevski in the 50's, poh that is formed the first unit headed by Commander Nikola Dimitrovski.

& #8211; Extinguishing fires in the area of the City of Skopje;
& #8211; Removing the immediate danger of fire;
& #8211; Saving citizens' lives and protecting property threatened by fires and explosions;
& #8211; Providing technical assistance in accidents and dangerous situations;
& #8211; Performing other tasks in accidents and disasters;
& #8211; Performs unprofitable services for the purpose of improving technical equipment and operating conditions which may not prevent or impede the performance of the functions referred to in the preceding indents of this paragraph;
& #8211; Together with the territorial firefighting units of the municipalities in the Republic of Macedonia established by law, they act as firefighting units of the Republic of Macedonia for the purpose of operational action in extinguishing large fires throughout the territory of the Republic of Macedonia;
& #8211; Assisting when required in extinguishing fires in other countries;
& #8211; Keeping special records of occurrences of fires, explosions, extinguishing interventions and other events according to a unique methodology and reporting to the Directorate for Protection and Rescue and the City of Skopje accordingly;
& #8211; Periodically checking and checking the correctness of the fire extinguishing equipment at its disposal;
& #8211; Ongoing repair and maintenance of mechanics;
& #8211; Providing fire safety facilities, delegations, public gatherings, sports and other events, in coordination with the Ministry of Interior;
& #8211; Provides training in the field of fire protection of the ARM members;
& #8211; Educating citizens on fire protection, by organizing lectures, through the media and organizing other activities.

Ask the mayor
Report a problem
Budget and Finance