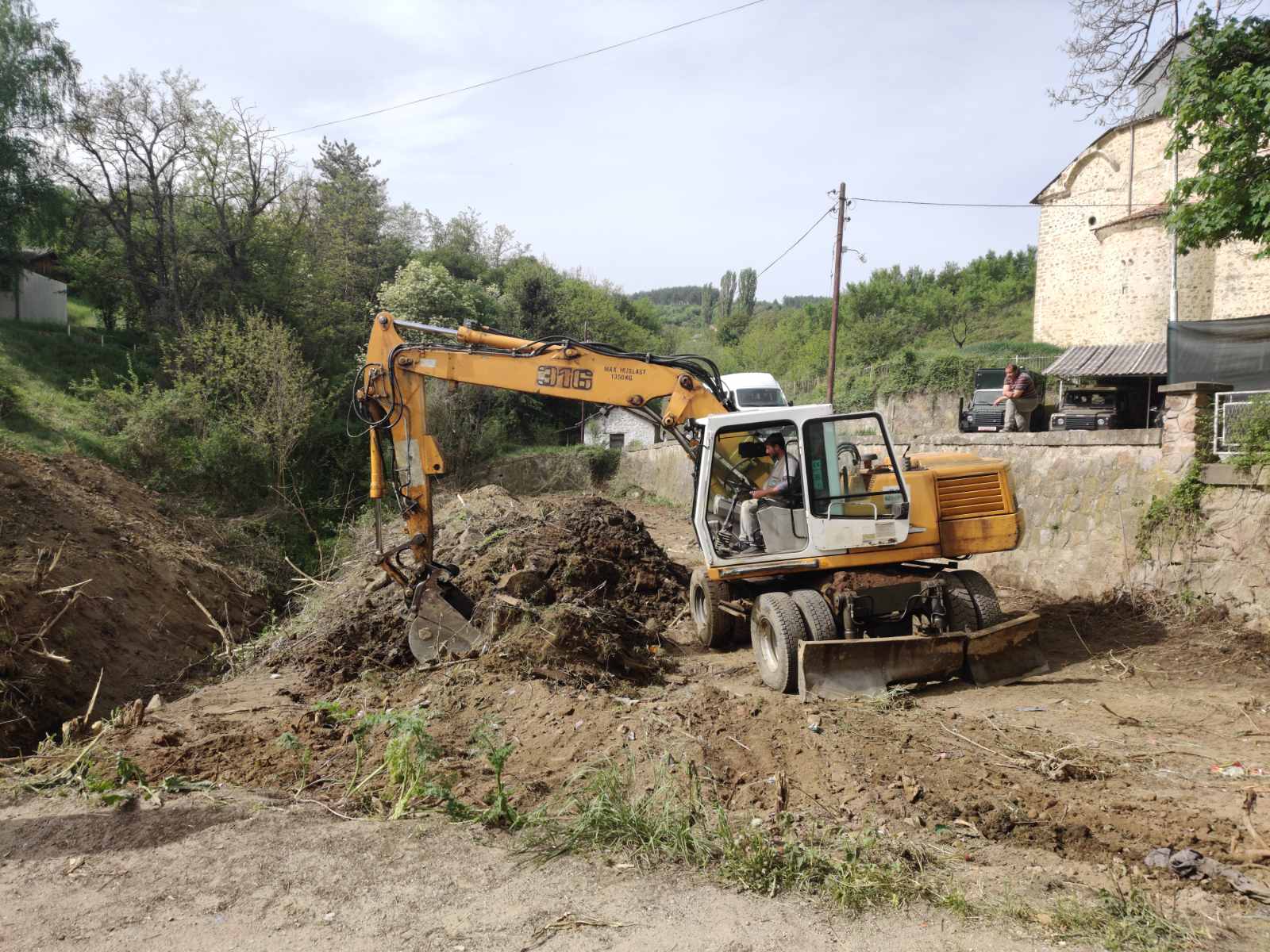 With the installation of retaining walls on the culverts, the reconstruction of 743 meters from the street "Marshal Tito" in Delchevo, which is the main traffic blood flow in the city, ie from the move from the barracks to the Taushan neighborhood. This reconstruction solves another critical point on the main and longest road in Delchevo, which connects the city center with the settlement Taushansko Maalo, ie Strelishte.

The Mayor of the Municipality of Delchevo, Goran Trajkovski, today inspected the construction works and the conditions in which the traffic takes place by applying an emergency traffic regime. He expressed satisfaction with the beginning of the realization of the large infrastructure project in Delchevo, which is in many ways important for the citizens of Delchevo.

-Through the project unit of the Ministry of Finance and the project for improvement of municipal services MSIP financed through the World Bank, the Municipality of Delchevo received funds for a sub-loan of 32,252,287 denars for the project "Improvement of public municipal services in the Municipality of Delchevo" which means , the reconstruction of the street "Marshal Tito" with a length of 743 meters, the reconstruction of the street "Vera Jocic" with a length of 599 meters, and the construction of a completely new street in the settlement SRC street no. 7, which through this project will reconstruct 1.3 km of local streets, and a completely new street will be built in the length of 290 meters. The goal of this project is to improve the quality of life of the local population from these streets, but also of all residents of the municipality of Delchevo, said Trajkovski.

He added that in order to get a modern road, a number of buildings along the street will be built on "Marshal Tito", such as the construction of retaining walls, a pipe culvert and the reconstruction and widening of a culvert.

- I want to emphasize that with the realization of this project we solve big problems of the citizens, improve the quality of life and contribute to greater traffic safety, also increases the flow capacity of these streets, but also reduces the costs of maintaining the already the dilapidated lanes on the streets "Marshal Tito" and "Vera Jocic", while the street no. 7 in the settlement SRC will get a completely new look and from a dirt street it will grow into an asphalt street with a sidewalk and a complete system for storm water, said Trajkovski.

The construction works for the construction of these three streets will be completed by March 2021, and the contractor is the company AD "Ilinden" from Struga.