Municipality of Delchevo and volunteers together in beautifying the city

Municipality of Delchevo and volunteers together in beautifying the city 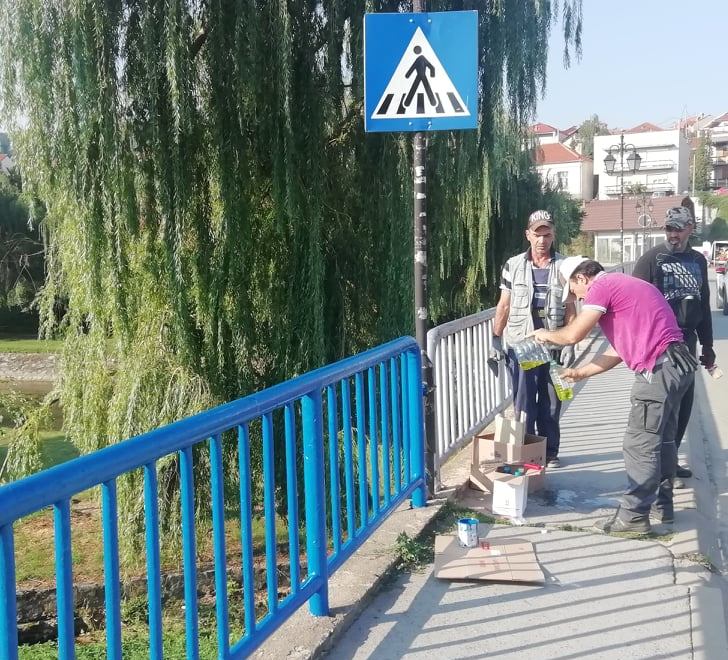 On the occasion of the Liberation Day of Delchevo, September 7, the Municipality of Delchevo organizes an action to beautify the city. Volunteers from PSK "Golak" Delchevo, the General Assembly of the Red Cross, as well as members of other associations of citizens from Delchevo, and received help from teams of PCE "Bregalnica" Delchevo massively participated in the action. The action includes rehabilitation and painting of urban equipment, candelabra, fences on bridges, as well as renovation of sports and children's playgrounds and props, as well as protective fences. The necessary materials and funds were provided by the Municipality of Delchevo.

The Mayor Goran Trajkovski expressed satisfaction with the interest of the young, but also of the older members of the NGO sector in the city for the involvement in the action.

- This action is an encouragement of volunteerism in the Municipality, care for municipal goods. I am proud of the young people and their interest in getting involved in the action. Together we send a message that each individual is responsible for what our city looks like. The municipality is open for cooperation and ideas that will contribute to the city to be more beautiful and cleaner, said Trajkovski.

Trajkovski announced that such and similar actions will be organized in the next period.

By the way, the Municipality of Delchevo has so far organized several actions that lead to the same goal - cleaner and more beautiful city, as actions for clearing illegal landfills and action for afforestation of the downtown area with mass involvement of volunteers from the city.