Bochvarski from Delchevo: 50 million euros invested in road infrastructure in the eastern region and in good neighborliness

Bochvarski from Delchevo: 50 million euros invested in road infrastructure in the eastern region and in good neighborliness 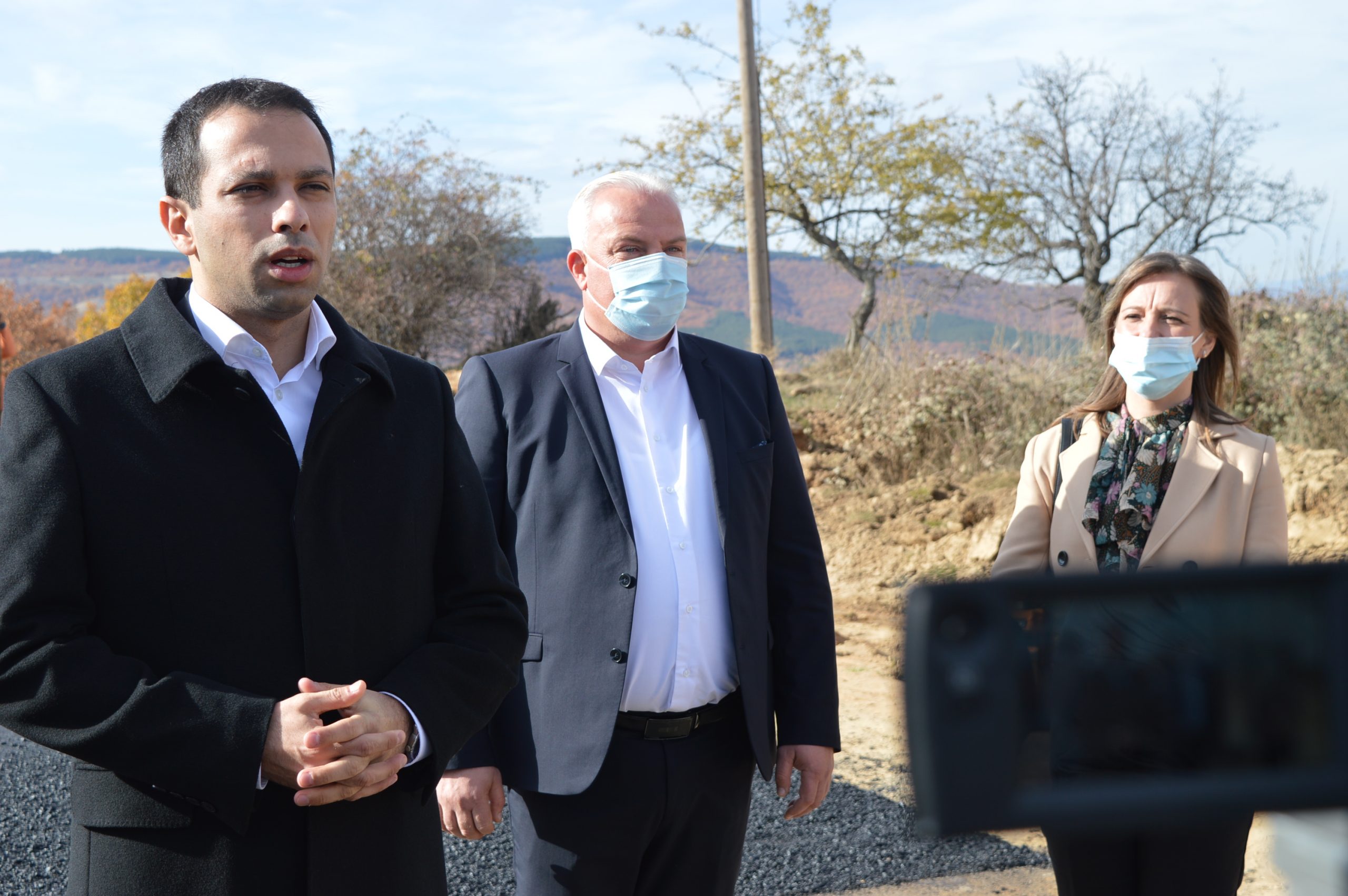 The Minister of Transport and Communications Blagoj Bochvarski, the Mayor of the Municipality of Delchevo, Goran Trajkovski and the MP Sonja Mihailovska today inspected the final construction works for the reconstruction of the regional road v. Bigla-s. Trstija in the length of over 4 km, which finalizes the reconstruction of the total section in the length of 18 km, which the teams of "Makedonija Pat" have been working in phases for the past three years. The value of the works on the last section is 30 million denars, and a total of 1,340,000 euros have been invested for the complete reconstruction. The reconstruction includes widening of the road from 3m to 5m, installation of sidewalks and drainage channels.

Minister Bochvarski emphasized that MTV is investing in reconstruction and rehabilitation of roads in the eastern region that directly connect RSM with neighboring Bulgaria.

- In this region, as never before, 50 million euros have been invested, which means we are investing in good neighborliness and giving a completely new picture to the road infrastructure in the eastern region. Intensive work is being done on the construction of the expressway to Kocani which is especially important for this region, especially for the Far East, we have invested in the transit boulevard through Delchevo, in the rehabilitation of the road from Delchevo to the Border Crossing, we have rehabilitated the road Berovo-Klepalo which is one of the issues and interests of both countries to open another border crossing that will be important for this region and we can contribute to improving the quality of life of citizens on both sides of the border, in the connection and development of the economy and we give a completely new picture of the region, Bochvarski said.

Minister Bochvarski emphasized that MTV has excellent cooperation with the Municipality of Delchevo and added that in Delchevo in the second lot of the project "Macedonia without mud" supported by the World Bank for reconstruction are preparing three streets that will be realized in 2021.

The Mayor Trajkovski emphasized that the reconstruction of the road v. Bigla-Vinica solves a crucial problem for the inhabitants of several villages in the Delcevo and Vinica municipalities, said Trajkovski.

– I do not need to talk about how important the reconstruction of this regional road is and what are the benefits of the reconstructed and widened road, because the residents of this region know well that this regional road is, in fact, an alternative connection of Delchevo with the rest of the country. I express my gratitude to the Government for the realization of this important project which has a direct impact on the development of the region and the realization of this infrastructure project solves a crucial problem for residents of several settlements in Delcevo and Vinica, but also creates normal traffic conditions. greater traffic safety and better communication between Delchevo and Vinica, as well as the villages that gravitate to this region, said Trajkovski.

The investment in road infrastructure has a direct impact on improving the quality of life of citizens, said MP Mihailovska. She emphasized the important projects that MTV has so far invested in the region, especially in Delchevo and added that the purpose of today's meeting with the Minister is to emphasize the priorities of the region that will bring better quality of life to citizens.

Minister Bochvarski started his visit to Delchevo with a working meeting with Mayor Trajkovski and MP Sonja Mihailovska to discuss the current infrastructure projects in Delchevo, but also the priorities for resolution in the coming period.